Get Help Now
St. Teresa of Calcutta, Pray for Us!
Back to News
News & Events

Today, September 5, 2017, we celebrate the feast day of St. Teresa of Calcutta, more commonly known as Mother Teresa. This “saint of our times” lived until the year 1997, and was officially declared a Saint during her canonization on September 4, 2016 in Rome. I had the privilege of attending the canonization mass of Mother Teresa last year as part of a pilgrimage to Italy. The pilgrimage centered on female saints, and we got to visit a number of final resting places and holy sites of women of the Church. We visited the tombs of St. Clare (in Assisi), St. Monica, St. Agnes, St. Catherine of Siena, St. Cecilia, and other holy men and women. 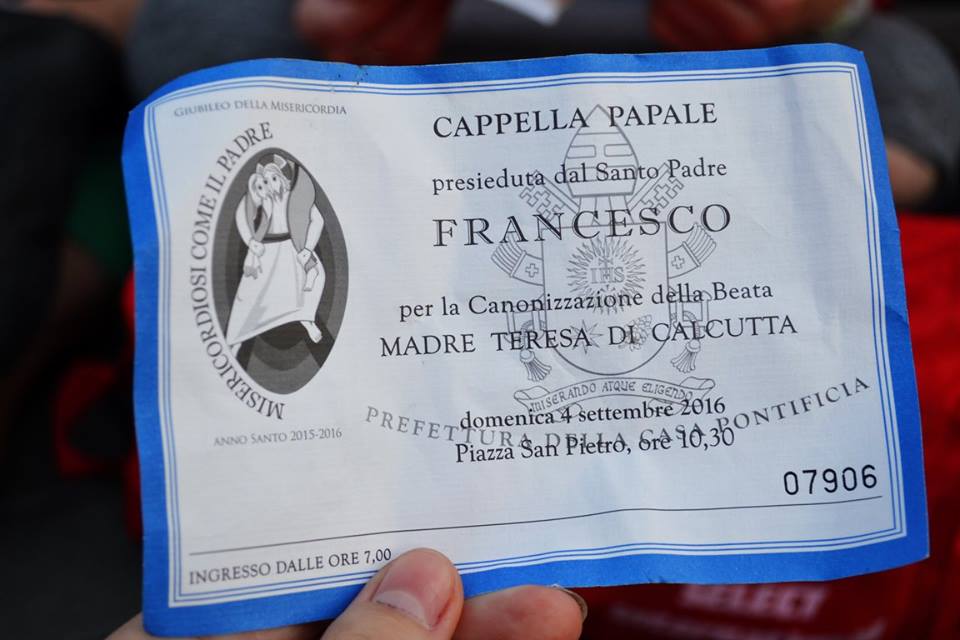 my ticket to get into Mother Teresa’s canonization

Though I had grown up in a world where Mother Teresa lived, I hadn’t fully delved into her spirituality and her profound, but simple, impact on the world. This pilgrimage gave me the perfect opportunity to learn more about this intriguing and holy woman.

The morning of the canonization, we left our hotel, which was just outside of the walls of Vatican City, around 4 am for the short walk to St. Peter’s square. We began to line up in the streets with groups of other pilgrims from all around the world, from all walks of life. Though the sun had not risen yet, we saw groups praying, walking around, playing games, and talking. At that point, I hadn’t yet been in Rome for a full day, but I began to get a glimpse of the beauty of the universal church. 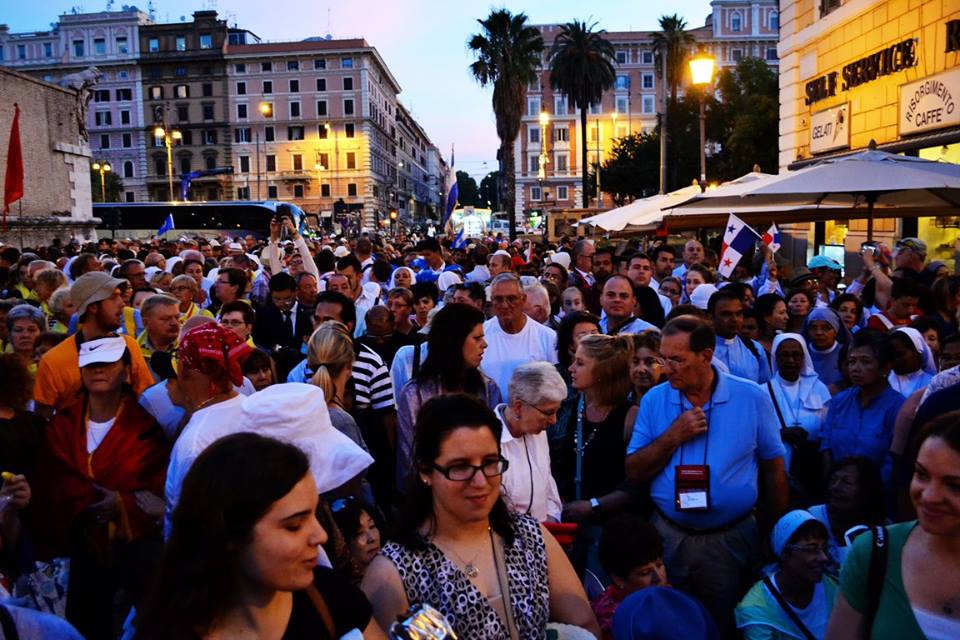 lining up in the streets of Rome in the early morning

A few hours later, we settled into our spot in St. Peter’s square. To pass the time, we took turns reading aloud from Mother Teresa’s letters, which was a beautiful and prayerful way to prepare for the mass in which she would become a saint. The mass began a few hours later, and it was an unreal feeling being surrounded by thousands of people – estimates put the attendance at 120,000 – worshiping around us. Pope Francis, the celebrant of the mass, emphasized that Mother Teresa “was committed to defending life, ceaselessly proclaiming that ‘the unborn are the weakest, the smallest, the most vulnerable.’” He recognized her beautiful works of mercy and the simple way she lived out her life. 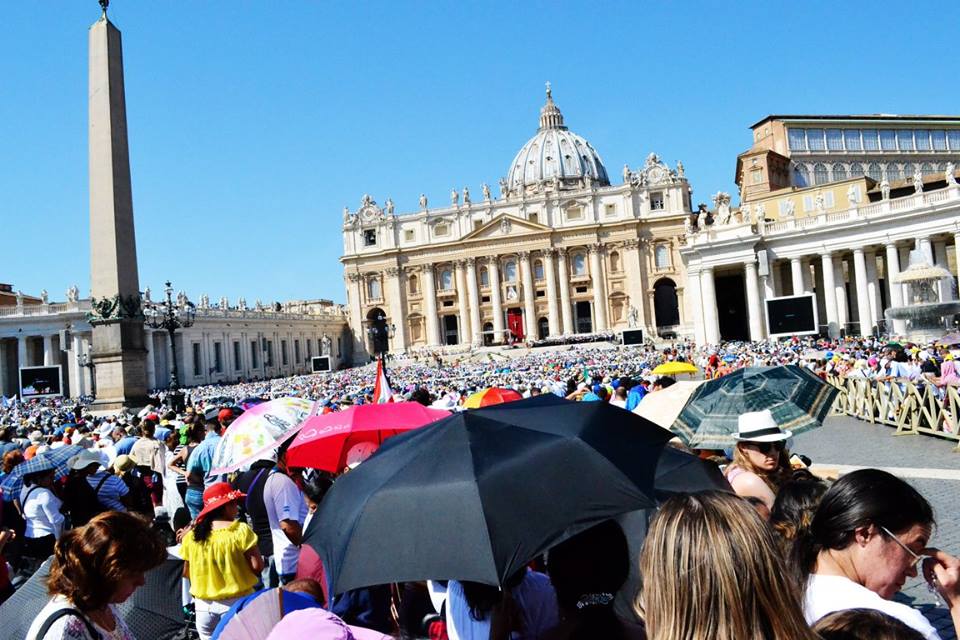 among the hundreds of thousands of pilgrims in St. Peter’s square that day

During that day, and in the weeks and months to follow, I reflected more on Mother Teresa’s life and legacy. She was a woman of incredible faith, but also worked tirelessly to serve those around her in need. She went to the peripheries of society to care for those who had been outcast and overlooked, and gave her life to respect the dignity of everyone she served. I couldn’t help but draw parallels between the tireless efforts of this beautiful saint and the staff that I work with every day – the workers who go into homes to keep children safe and families strong, who counsel and care and serve during meeting after meeting, visit after visit, court hearing after court hearing – those who constantly affirm the dignity of the moms, babies, kids, and families that we serve.

Mother Teresa is an incredible role model for living out mercy. She is a daily inspiration not only for those working with the poor and marginalized, but for everyone. It was a true gift to be able to celebrate her extraordinary life on earth and formally recognize her as Saint Teresa of Calcutta.